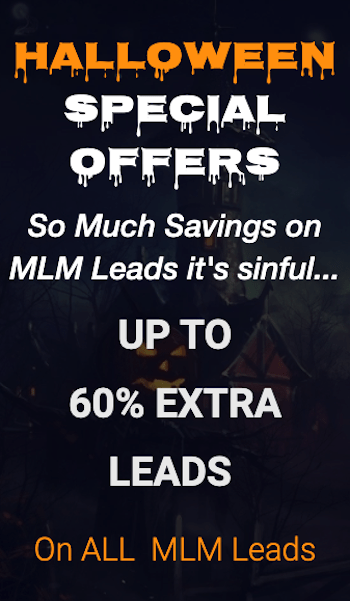 Millionaires have common habits they follow, so do poor people.  Which of these habits do you have?

An interesting thing about most millionaires is that they made their money, they were not born into it.  The made it without a trust fund or inheritance. These are the 7 habits of Self-Made Millionaires.  Please do let me know how many you have in the comments below.

Millionaires also have habits that help them accumulate wealth: “Your habits are the reason why you’re rich or poor,” says Tom Corley, author of Rich Habits: The Daily Success Habits of Wealthy Individuals. “In fact, it’s often two or three habits that separate the wealthy from those who are financially challenged.”

Corley has studied millionaires for 12 years, and says many of them share the same daily practices and beliefs. Here are seven habits of self-made millionaires:

As the old saying goes: “Readers are Leaders” and so it is with self-made millionaires.
They are readrrs.  Corley says this is the number one habit to adopt if you want to become wealthy.

According to his study, 85% of millionaires read two or more books a month, and they choose books that help them grow, including topics like careers, biographies of successful people, self-help, health, current events, psychology, and leadership.

“The key to success in life is growing your knowledge base and skills,” says Corley. “Devote 30 minutes or more each day to learning by reading books. If you do, it will set you apart from the competition, as most people do not read.”

2. THEY PURSUE THINGS THAT INTEREST THEM

Most people end up in jobs that were pushed on them by parents, teachers, counselors, friends or circumstances.  Very rarely do regular people choose a path which is something they love or are passionate about.

Think about it, do you love your job? Wealthy people pursue their interests. “They put their ladder on their own wall,” says Corley. “When you’re passionate about what you’re doing, you work harder. “ Plus because it’s something you like, it’s much easier than the usual crappy job that sucks the life out of you.

3. THEY FIND A MENTOR

Ninety-three percent of self-made millionaires in Corley’s study attribute their wealth to having mentors.

“Finding a success mentor in life is one of the least painful ways to become rich,” says Corley. “It can put you on the fast track to success.”

Corley says there are five types of success mentors: Parents. Parenting is very important when it comes to being a millionaire. Parents are your first mentors. If they teach children good daily success habits, they’ll struggle less in life.

Teachers. Teachers can reinforce the mentoring children receive at home from their parents, or step in to provide the success mentoring absent at home.

Career Mentors. Finding a mentor at work you admire, trust, and respect can lead to success in life. Choose someone at least two levels above your rank.

Yourself. This is also called “the school of hard knocks,” you can mentor yourself by learning from your own mistakes. “This is the hard path to success, because those mistakes and failures carry significant costs in both time and money,” says Corley.

“But this is also the most powerful type of mentoring you can get, because the lessons you learn are infused with intense emotion and never forgotten.”

4. THEY USE DREAMS TO SET GOAL

In my many years associated with being self-employed, I’ve noticed many regular people shy away from the word “dreams” they often tend to think it’s a bit too airy fairy and prefer to talk about hard goals than dreams.

That’s a big mistake. Before millionaires identify goals, they do something that Corley calls “dream setting”–they write down what their ideal life would look like, then use this script to create a bullet-point list of dreams. Goals are then built around each dream.

“Think of dreams as a ladder, and the rungs are your goals,” he says. “Ask yourself, ‘What would I need to do in order for each wish or dream to come true? Am I capable of performing those activities? And do I have the necessary skills and knowledge? Then take action.”

Goals are only goals when they have two things: 100% achievability and physical activity, says Corley. Millionaires break down goals into physical action steps that make up their to-do list, and many have lists that follow a habit.

“Millionaires process success,” says Corley. “When you create processes, you don’t have to think, which takes energy and contributes to decision fatigue. Habits are valuable because they brain fuel that can be used doing something else.”

6. THEY CREATE MULTIPLE STREAMS OF INCOME

A multi-millionaire once told me that to be secure and independent you needed 10 separate streams of income, each with at least $100K per year.  Self-made millionaires do not rely on only a single source of income, says Corley. Instead, they develop multiple streams, and most have at least three.

“Sixty-five percent had three or more streams of income that they created over time,” he says. “Diversifying your sources of income allows you to weather the economic downturns that always occur in life.”

Millionaires believe money can be recouped, but the bigger risk is wasting time.
“When we invest our time in anything, it’s lost forever,” says Corley. “Yet, because we are all given what seems to be an abundance of time, it has very little value to us.

Sixty-seven percent of the self-made millionaires in Corley’s study watch less than an hour of TV each day, and 63% spent less than an hour a day on the Internet in activities such as Facebook or watching YouTube videos.

“This freed up time for them to pursue their dreams, goals, read, learn, exercise, volunteer, and network,” he says.

Hope you enjoyed the 7 Habits Of Self-Made Millionaires.  How many of these habits are you already doing?  In your opinion, which is the most important?  Please do leave your response in the comments below and I will answer you personally.