Home Business Traffic and Clicks To Your Site How I Built My MLM Business With
No MLM Lead

In 1992 when I first got into MLM (Network Marketing) I was truly broke.  In fact, I was less than broke.  I had just lost two businesses because a construction company owed me $550,000 and went bankrupt without paying me a cent of what they owed me.

I lost both businesses, over 30 staff were laid off, lost my house to the bank, sold my cars and most of my possessions.  Then the most humiliating thing I’ve ever had to do; we had to move in with my parents in law!

That’s where I was; unemployed, no income and living with my unpleasant parents in law who used to mock me daily. 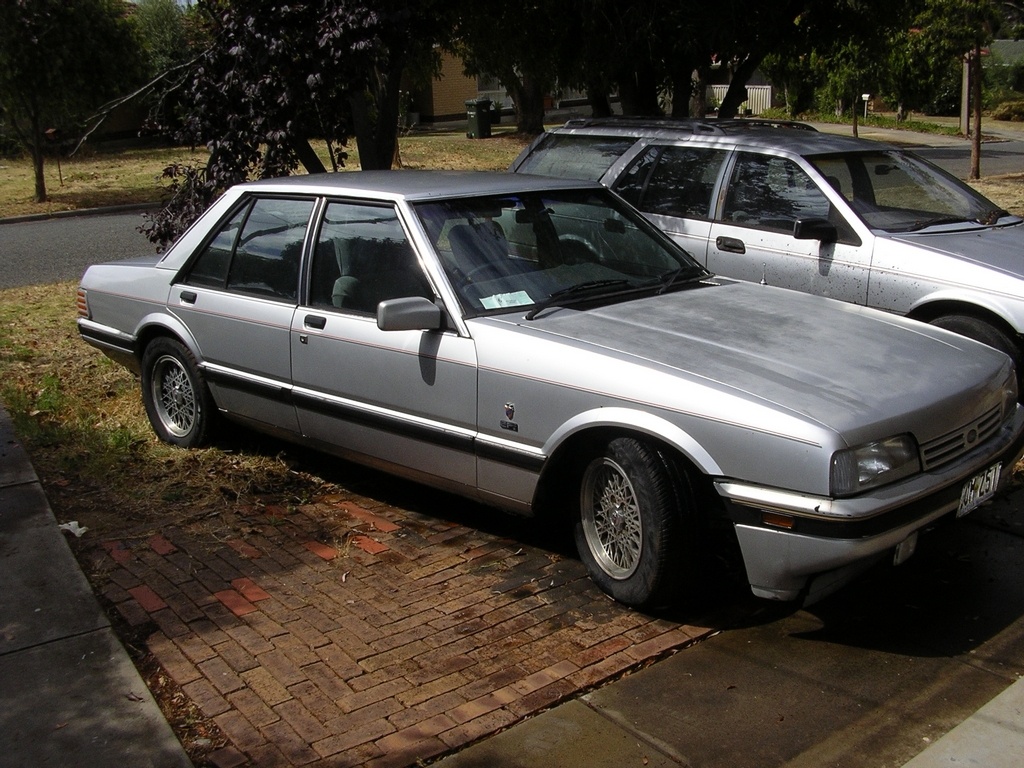 I had sold pretty much everything we had owned.  The only thing I had left was to cash in my life insurance and my retirement fund.

With the small amount of cash I had I bought an old Ford which I used to put up on a couple of small ramps, climb under it and give it grease and oil changes.

Now the only thing I had left was an Amway business.  Fortunately, my sponsor was an excellent teacher, fun to be with and spent most of his day at home, so he was very accessible.

He taught me to listen to tapes of successful Amway distributors, every day, read a book for at least 15 minutes a day and how to prospect complete strangers.

I could not have afforded to buy mlm leads even if there were any, there wasn’t.

Prospecting Your Own MLM Leads

So we used to go to trade shows, exhibitions, anywhere there would be a crowd and business people.

We would get into a conversation with exhibitors, usually about whatever it was they were selling.  After the conversation was flowing we would prospect them.

We’d say something along these lines: “My business partners and I are looking to expand our business in your area.  We’re looking for a couple of sharp guys to help us.
Is this something which might interest you?”

When they would ask what sort of a business it was we would say something like: “We set up local businesses which allow people to have their groceries delivered and to save a bunch of money and time.  That sound good to you?”

Often, they would want to learn more right then.  We would never give them any more information at that time.  We wanted to keep the posture and use curiosity to set up a time to come to their house and show it to him/her and their partner.  Never show your business to only one half of a marriage.

So, we would say: “I don’t have time to go into details right now.  But what I can do is come and discuss it with you and your wife.  Is Wednesday night or Thursday night at 8pm better for you?”

Set up the appointment, get their address and phone number.  Give them your business card.

My card, like my sponsors, was very bland.  Plain white with black lettering which said

I nearly always set the appointment for 8pm because it gives people a chance to do the things they need to after working, plus the kids are either in bed or doing their own thing.

NOTE:  If you are married or have been living with someone for a time, they should accompany you to the meeting.  They are your business partner.  You are looking to expand your business so obviously both partners would attend any such meeting.

Always arrive a few minutes early.  So pull up outside their house at 19:50 (ten minutes early)  Make sure you are dressed correctly, for business. 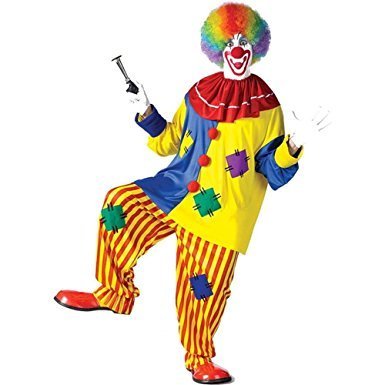 For men, trousers, black shoes, white shirt, tie and blazer.  A business suit is fine as well. For women, no pantsuits.  Business suit or office wear only. Be warm and professional.

When invited inside, take a seat if offered.  Take a water if any drink is offered.  Do that even if you do not want a drink, refusal can offend. Your job tonight is to be the least offensive as possible.

Once you have engaged in some small talk, you need to move everyone to a table.
This can be the dining table or even the kitchen table.

You also need to ask if the TV can be turned off.  Lots of people just have it playing for no real reason at all.  It’s a disturbance you do not need, so be firm and ask for it to be turned off.  Ask with a smile on your face.

When moving everyone to the table you direct where they sit.  You want them to sit together facing you.  The reason for this is couples are very good at silent communication.  You do not want them sitting across from each other and giving looks during your presentation.  You want them both focused.

Either of you can give the presentation, but make sure the other one of you is watching the prospects.  This is super important because you need to know their reactions later to be prepared for the follow up to this meeting.

My now ex-wife, used to give me great feedback on the meeting when we drove home.  She would tell me her gut feel on them as prospects, how they really felt about the presentation, if both were positive or if one was negative.  All stuff I could use in the follow up a couple of days later.

Often, the man will be positive and the wife somewhat negative.  This is mostly to do with his failures in the past.  He has probably promised her plenty of good things in the past and failed to deliver.  She is, understandably, skeptical that this time he’s going to come up with the goods.

After the presentation, we would answer questions and objections.  If they qualified, meaning if they were sharp, pleasant and were asking the right questions, we would arrange to meet them again in two days.

It didn’t need to be at 8pm for the follow up.  We always tried to reserve that for presentation meetings. So we would try to make follow ups at 6pm 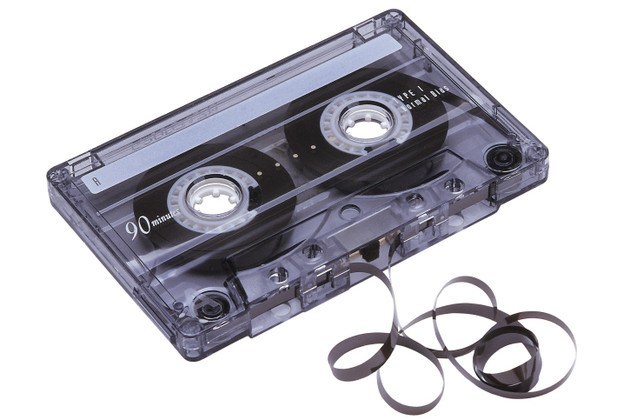 While we were making those arrangements, we would show them some materials we wanted them to use between now and the follow up. Remembering this was 1992 we used to leave 3 cassette tapes, a VHS video and maybe a book of Diamond Distributors telling their stories.

A cool thing we did with the tapes was set them up so that both the white leader tape and the brown recording tape were both showing. This would never happen by accident so we could always see instantly if they listened to the tapes or not.  Can’t do that with a disc.

Before leaving we would stress how important it was to use the follow up materials and not to go and speak to friends or relatives about the opportunity.  We would ask them to promise.  We didn’t want them to talk to anyone because their friends and relatives are not qualified to have an opinion on the business and would only blow them out.  When this would happen, we felt genuinely sad for them because they quit before they even had a chance.

At the appointed time, usually by myself, I would go to their house for the follow up.
After doing a few of these I could tell instantly if they were in or out. The remarkable thing was, everyone who rejected the opportunity had either not listened to the tapes or had gone and spoken to a friend or relative.  100% of the time.

Those who did get in, only those who did listen to the tapes stayed in and made progress.

This only served to convince me deeply that being teachable, doing the training and taking direction from your upline are of paramount importance to anyone wanting to be a success in MLM.  Those three things are pillars of this business and skipping any of them will only ensure failure.

As a mlm leads supplier since 2003 I’ve not seen anything to change my mind about that.

After signing someone up, we always kept in mind to get a meeting from a meeting.
This means, every time we were with our downline we would set up another time to be together.  In the case of new people we knew we had to get them to an “open meeting”.

Open meetings are held (generally) on a Monday night and anyone can bring anyone.
A successful distributor will go through the business presentation in his own words while telling his own story.  This served to reinforce the new peoples decision and to be a very positive reinforcement for everyone.

The point of this How I Built My MLM Business With No MLM Leads story is to relate how it’s possible to build a local MLM business without buying mlm leads.  Sure, things are different these days but I’m sure you can find plenty of things to take away from this post and use.

Mind you things are a lot easier now with internet video presentation, webinars and of course plenty of mlm leads available from your favorite mlm leads company

How To Stop No-Shows

How To Increase Results From Presentations